Alex Albon has been an interesting driver for a very long time, although never one who looked pre-destined for Formula 1.

It’s always been obvious there’s some real talent there, but it has often looked unrefined and only been shown sporadically in single-seaters. The only time Albon actually looked a bona fide F1 prospect was when he got on the grid and starred in the first half of his rookie season with Toro Rosso.

That he got to F1 at all was a surprise and required a whole mess of circumstances, including the depletion of Red Bull’s junior programme, to play in his favour. But regardless of any fortune, in six months or so Albon went from a driver not even on the periphery of F1 to a rookie producing strong results in 2019, underpinned by an aggressive and quite spectacular driving style.

Then, his star in the ascendancy, another bizarre twist launched him into the Red Bull senior team for the second half of the year. It could have been the making of Albon. Instead, it snuffed out the spark that had transformed him from someone whose peers always felt was chronically underrated into a driver who could fashion a long-term career in F1.

The Red Bull version of Albon was a poor imitation of the Toro Rosso driver who shone so brightly in early 2019. And what we’re seeing at Williams, where Albon has been saved from the F1 scrapheap, is much closer to the real deal. 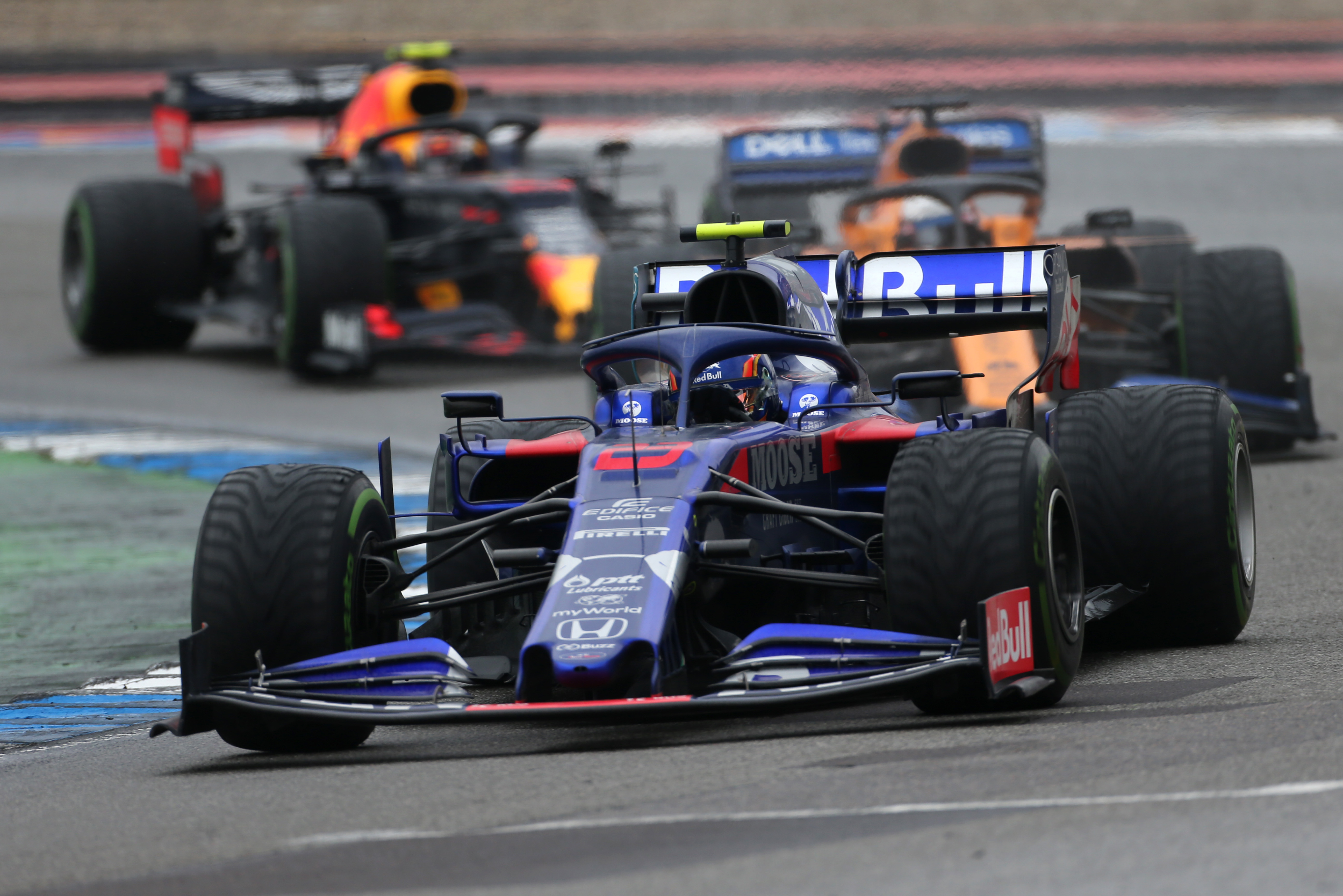 “I’d say the Toro Rosso I was comfortable with, and then the jump from Toro Rosso to Red Bull I think was already a step,” Albon says now.

“This year, I do feel comfortable, I feel confident.” 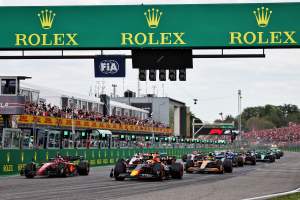 Those who doubted Albon’s ultimate ability will have felt vindicated when he was relegated by Red Bull at the end of 2020 to the role of reserve driver.

It reinforced a slightly lazy view that Albon was a nice guy and a decent driver but without the potential to be anything more – an impression that had probably been baked in by a junior career that was a slow burn before picking up momentum when he finished second in GP3 (to Charles Leclerc) and third in his second year of Formula 2 (behind champion George Russell and Lando Norris).

But the likes of Leclerc and Russell never thought this was fair. When Albon was really struggling early in the 2020 season, his friend Russell actually rounded on Red Bull quite spectacularly, accusing the team of making Albon look stupid. 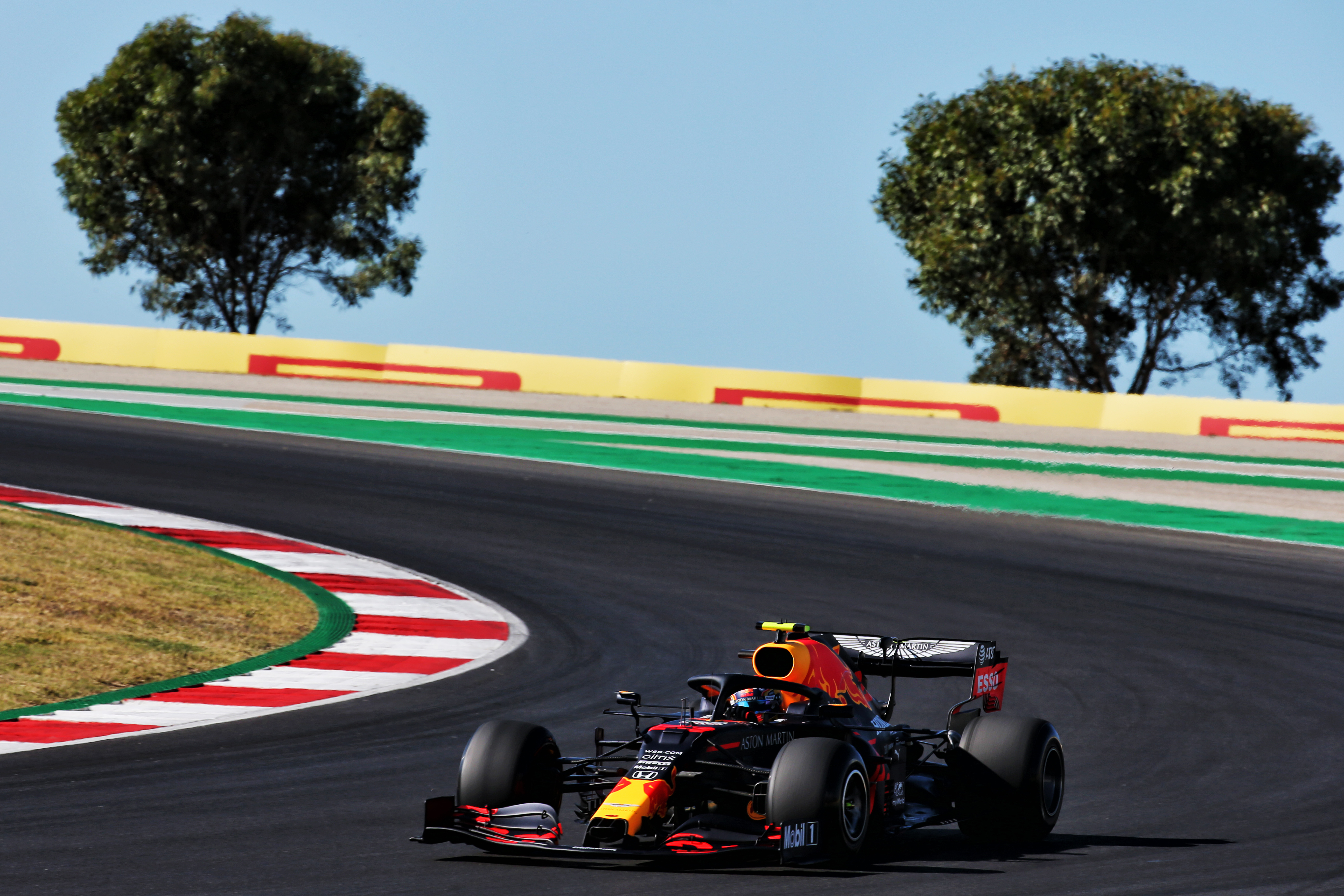 That was over the top, but there was some truth to it. Certainly Albon was being made to look a lot worse than he is. Now at Williams, he’s grasping a second chance to show that, regardless of his quirky path to the top, he deserves to be in F1.

“I’d say the most positive thing I felt is, even though I had a year away, I feel like I’m confident in myself and I’m feeling good in the car,” he says.

“I think the first thing which I always talked about being tricky, that you drive certain cars and sometimes one car can feel like it drives you. It’s like you’re trying to wrestle it rather than letting the car do its thing.

“Very early on with the Williams, even if it has its styles of driving, I still felt like I could get on top of it. I felt confident enough to drive it how I wanted to drive it, and that helps straight away.

“I felt to get into Q2, the first race weekend that we did it, in a car that wasn’t quite there at the time, it was a great way to start and it made me feel settled in a little bit earlier into the swing of things.”

What Albon says about the car feeling “like it drives you” is a perfect description of his time at Red Bull and why it was so compromised compared to the start of his F1 career. 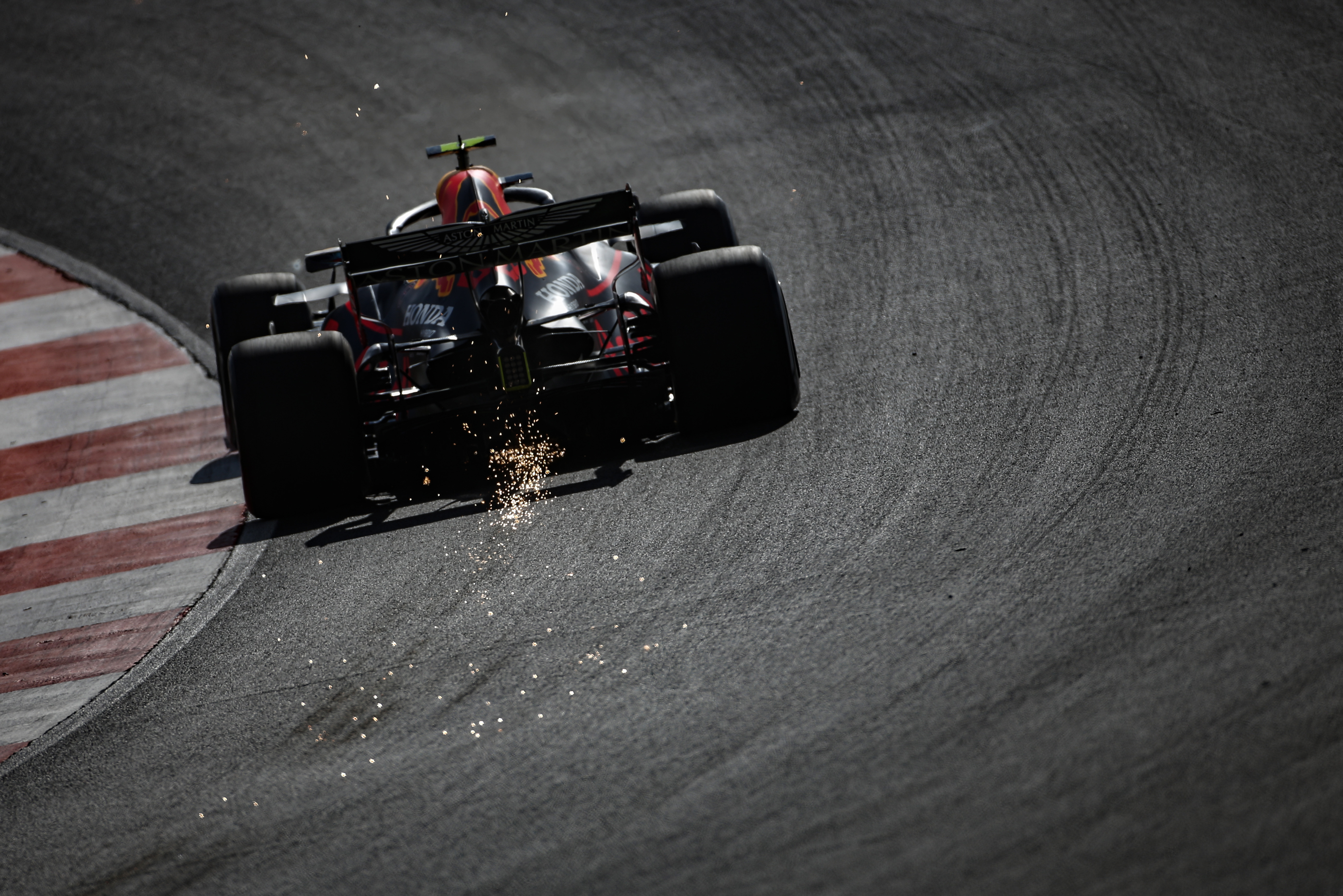 The half-season at Toro Rosso had been typified by a confident, aggressive approach behind the wheel, as Albon was extremely proactive – he was not afraid to throw the car in on the entry and lean on the rear, cope with the rear instability (which the Toro Rosso tended to handle very well) and get on the throttle again quickly.

Breaks in rear grip mid-corner, or traction, didn’t deter him then and they don’t now at Williams either. “I’m not trying to force the thing to slide,” he says. “I kind of let the car do its thing, you kind of go with it. It’s kind of like a dance, I guess, the way I drive it.”

This is so at odds with what became a common sight of Albon driving a Red Bull: gentle, passive and, to recycle his own words, looking like the car was ‘driving him’. He rarely looked close to the limit. He just looked…restrained. 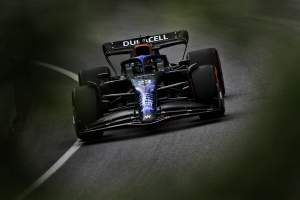 Does Albon deserve more than a Williams F1 future? Our verdict
Read more

The general observation is that Albon was more limited by the 2019 and 2020 Red Bulls’ rear instability than team-mate Max Verstappen. This is still the case, even though Albon says that during his Red Bull time “people would probably say that I liked a more stable car, but relative to anyone else I used to race against, I used to have a lot of front and everything like that”.

What Albon likely means is that suggesting he wanted a more neutral or understeery car would be incorrect. For all the reasons we’ve explained previously, he likes instability. Historically he’s been able to handle a car with a balance biased towards oversteer because that’s how he likes to get the rear rotated.

But the pointiness of the Red Bull was clearly beyond his comfort zone. And he was hardly the only one to encounter that problem. His predecessor Pierre Gasly failed to tame it. His successor Sergio Perez struggled as well, even though the 2021 car was an improvement. Even Verstappen, early in 2020, was struggling to live with the car at times. 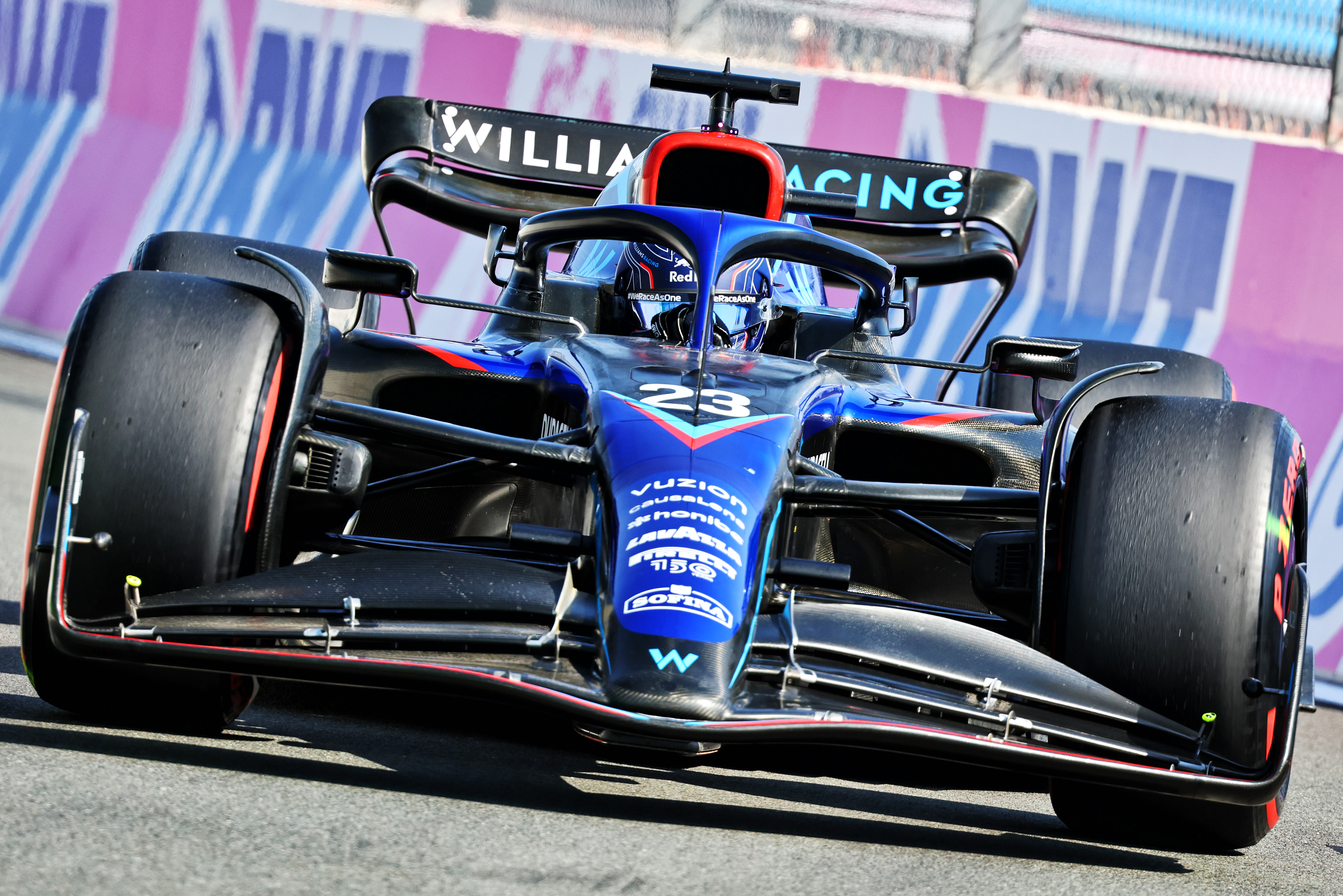 The key to Albon’s strong form at Williams, where he has broken into Q2 a handful of times and scored points twice, is that the car has a kind of instability that Albon has immediately felt capable of controlling.

“This year’s more gone back towards there,” he says. “I like the car quite nervous, quite sharp and I’m not afraid to move it around.

“I think this year’s cars aren’t the easiest cars, they tend to reward someone if you can get it sharp, if the car allows you and the tyres allow you to, you can really get a bit more performance in that way. 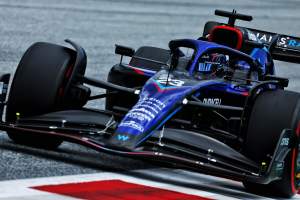 “In previous years, if you’re starting a lap in Barcelona in Turn 3 and you’re sliding from Turns 1 and 2 that was already it.

That, combined with the natural balance of the Williams, plays nicely against the general understeering trait of the heavy, stiff 2022 cars. 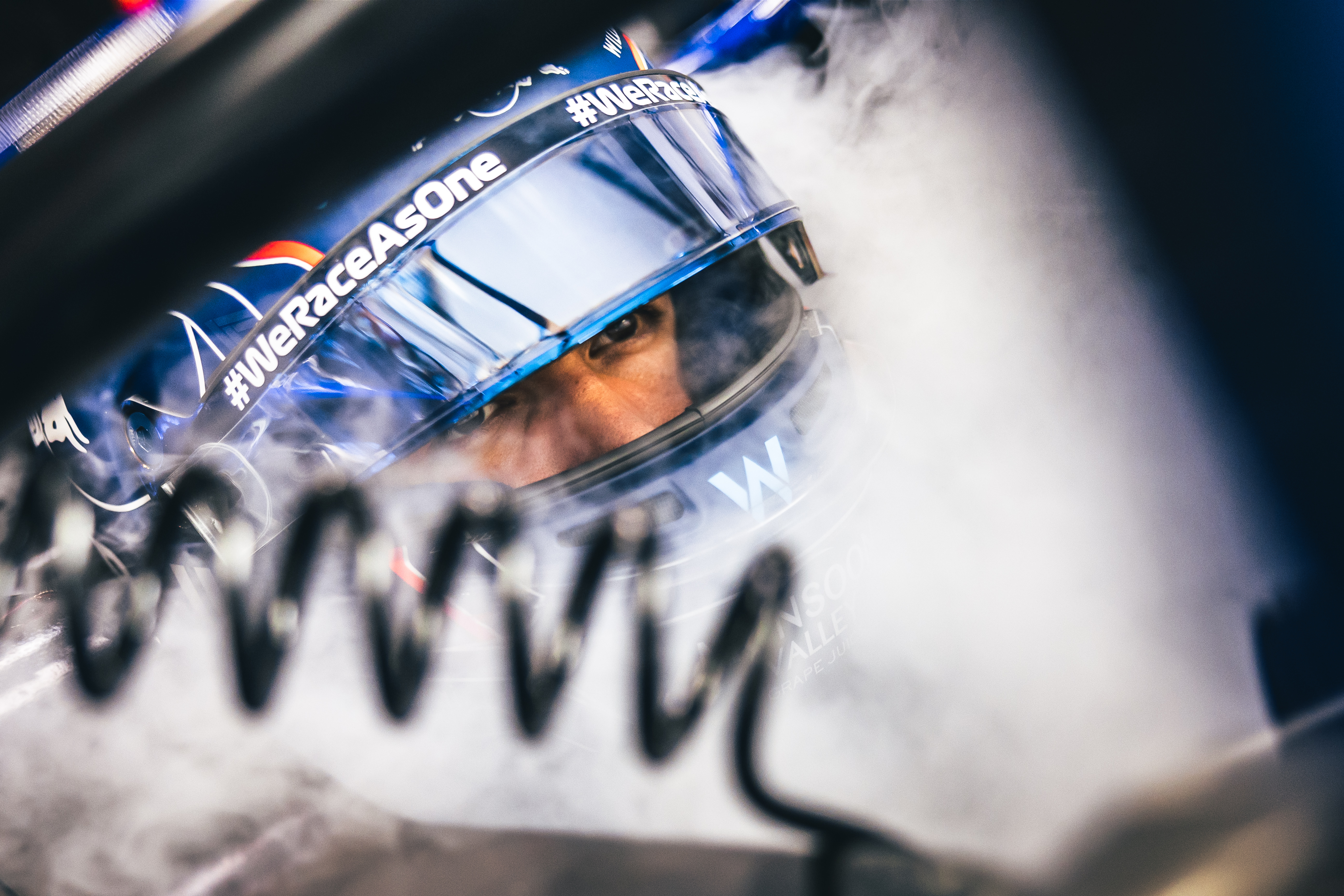 Crucially it also blends well with Albon’s preferences as a driver, in a way the Red Bulls never did. And so the spark has returned.

As much as it was inevitable Red Bull would drop Albon at the end of 2020, it was equally obvious Williams would seek to extend his contract beyond 2022.

With his immediate future already secure, Albon can focus on building on solid foundations at Williams. That stability and the cohesion he has with the team and car is a mix he has lacked since those first months with Toro Rosso.