Spa moment is vindication for Williams after its ‘dark days’

Williams’s second place on the grid for the Belgian Grand Prix is “vindication” for the race team for the work done during what head of vehicle performance Dave Robson describes as the “dark days” of 2019, when it was cast adrift off the back of the Formula 1 pack.

That season was the nadir for the Williams team, its worst since it became a constructor in 1978 in terms of both performance and results. It scored just one point courtesy of Robert Kubica’s 10th place at Hockenheim and struggled not only for speed, but also at times for parts for a car that was also not ready for the start of testing. 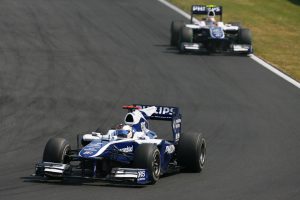 The failures of 2019 inevitably triggered a root-and-branch review of the team’s processes, one stage in a huge amount of change that has taken place in recent years. The takeover by Dorilton Capital last year hastened this process and ensured the team benefitted from an influx of investment.

But the evidence was there that the race team was performing effectively even in the difficult times and it generally appeared to extract the performance potential from the cars even when working with tight parts limitations.

Since then, there has been a dramatic improvement.

Despite failing to score a point last year, a Williams car advanced to Q2 10 times – nine of those by George Russell – and there were a number of brushes with scoring points.

This included 11th-place finishes at Mugello for Russell and Nicholas Latifi at Monza and Imola, as well as Russell’s infamous crash under the safety car while on course for points at Imola. 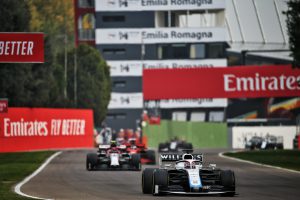 This year, Williams has only failed to have a car advance to Q2 at one event and Russell has reached Q3 three times. It also broke a two-year points drought by capitalising on the first-corner accidents at the Hungaroring to take seventh and eighth with Latifi and Russell.

“There were glimpses last year,” said Robson when asked by The Race about the effectiveness of the race team. “We were 11th in Mugello and a few other times and the majority of the time we genuinely earned those places through being a good race time.

“And then Hungary [2021] and again today, we did everything well and we deserve it. It has been a vindication of all the work the last couple of years.

“That said, I’m still under no illusion that if and when the car is a lot better and that the pressure gets ramped up, then there’s a whole extra layer of experience that we really have lacked since 2017 probably.

“That will take a little time to build that back up because that’s just an extra layer of difficulty and complexity. 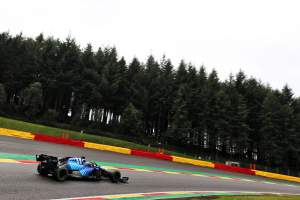 “Days like today are good, they show that what we do as a race team is pretty good. It’s certainly not perfect, there’s plenty to learn, but these experiences are vital.

“And so that shared experience of going from the dark days of 2019 to today is massively important.

“If we keep the team together for another couple of years, then we’ll just get stronger and stronger, I think.”

Considering the long and painful struggle for Williams, who started the V6 turbo hybrid era showing so much promise by producing the second-fastest car on average in 2014 and finishing third in the championship, it’s an achievement to have maintained standards during these dark days.

Financial problems emerging largely from the fact it was a team without an owner able to sink in vast sums of money, and the inequitable commercial agreements that gave a disproportionate slice of the F1 revenue shared by the teams combined with shortcomings in car design and development to send Williams into as steep decline.

That culminated in the 2019 struggles, but the fact the team remained motivated and determined throughout this period even amid dismal results and uncertainty about the future has stood it in good stead. 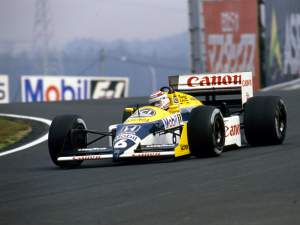 “I think so, and desperately hope so,” said Robson when asked by The Race if the Spa qualifying performance, on top of its consistently strong showings during 2021, proved how effective the race team was.

“We did work really hard not to allow heads to drop and the vast majority of the team here today trackside were here in 2019, so we all went through that together. While it was very tough, I guess it’s that shared experience that really starts to build the team.

“We worked hard to make sure we still did all the things that make us a good race team, and we did those in 2019. In terms of laptimes and results, that was never obvious, no one could see it.

“There were times when we weren’t sure whether we were really doing it right because a year like that really does sap your confidence.” 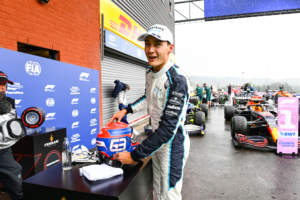 While Russell has rightly been the focus of attention given his series of stellar performances, the stunning Spa qualifying performance is also about a beleaguered team having its moment after years of struggle.

With fresh investment and upgrades in team infrastructure, as well as F1 landscape changing to create a more equitable distribution of the revenue split between the teams and the imposition this year of the cost cap, Williams is a team that can aspire to continue this recovery.

As it will now need to prove during the race tomorrow, it at least appears to have a relatively sharp race team that can be relied upon – and one made all the better for the agony of 2019.