Formula 1’s governing body the FIA has announced an ‘Accepted Breach Agreement’ between itself and the Williams team following a self-admitted breach by the latter.

The Grove-based outfit committed a so-called ‘Procedural Breach’ relating to its financial reporting for the F1 cost cap’s debut 2021 season.

Williams, like all the other teams, was due to submit its full reports for last year by March 31 of this year – but, as per the FIA, “voluntarily disclosed” that it would fall foul of this in advance.

It was formally told by the Cost Cap Administration that it had committed a procedural breach on April 12, accepting this soon after while also “explaining the steps that it had taken to seek to avert that breach”. 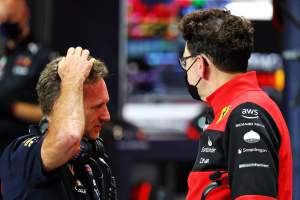 Williams’ voluntary disclosure of the breach and full cooperation – which are cited as examples of mitigating factors in Articles 8.16(a) and 8.16(d) respectively – prompted the CCA to offer Williams to enter a so-called Accepted Breach Agreement (ABA).

The agreement stipulated that Williams pay $25,000 to the FIA, cover the costs incurred in preparation of the agreement and remediate the breach itself by May 31. The FIA document confirms Williams has fulfilled these requirements.

While this particular case relates to a procedural breach, the ABA is also prescribed by the regulations as a potential tool for dealing with “minor overspends” – in which case the cost cap is exceeded by no more than 5% of its total.

This may very well come up in 2022, as several F1 teams believe that they are on course to breach the current $141million cap – and have been lobbying for a force majeure increase due to high inflation rates.

Beyond a financial penalty, the CCA can also include “minor sporting penalties” in breach agreements – but not points deductions, which are only available as a measure to the Cost Cap Adjudication Panel (a panel of independent judges) that the CCA can refer cases to.