Inside the mind of Formula E’s most impressive rookie

Amid the whirring hands and concentrated faces in the Mercedes-Benz EQ pit box at last autumn’s pre-season Valencia test, one man stood serene.

Nyck de Vries, Formula E rookie and then recently crowned Formula 2 champion, was now the custodian of a prized seat with motorsport’s most technically brilliant manufacturer.

Considering his car was being rebuilt after he’d creamed it into the chicane wall, his demeanour was impressively tranquil. 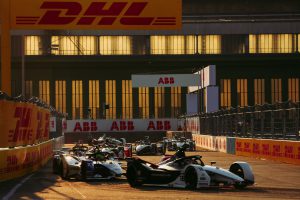 That trickle-down of calmness and focus meandered all the way through to the final race of the season in Berlin, where he executed one of the drives of the season with a supreme runners-up position to team-mate Stoffel Vandoorne.

Formula E’s rookie of the year not only surpassed expectations but also used an inherent set of skills to crack one of motorsport’s demanding disciplines according to the man professionally closest to him.

His Mercedes-Benz EQ engineer, Albert Lau, believes that De Vries proved his mental toughness at the very beginning of his maiden campaign. That was when the difficult start to the pre-season test combined with a succession of team errors led to him losing two probable podium positions.

De Vries was confirmed as Vandoorne’s teammate just a month before the Valencia test and had completed just one and a half days of running before arriving in Valencia at the start of October.

He was then immediately put on the back foot with a RESS issue on day one of the test, and then the aforementioned shunt which ripped the front corner of the car off.

“We were really up against it and lost a lot of mileage in the first two days, but we were able to do good running on the third day of Valencia, but there was still a lot to do ahead of Diriyah,” Lau told The Race.

The thinking was, says Lau, that De Vries had not completed enough mileage and was only “ready-ish let’s say. I would have liked to have had a bit more time with him for sure.”

Unperturbed, Lau and De Vries formulated mutual goals for the season. These were partly based on what other rookies had achieved in the first season of Gen2 competition in the 2018-19 campaign.

“We looked at the rookies from that year; Guenther, Paffett, Vandoorne, Wehrlein, Massa, Rowland,” says Lau.

“What you sort of see is that qualifying was never an issue because ultimately. They’re driving a car as fast as they can over a single lap, which they have done their entire careers anyway.”

But the E-Prix is a completely different animal and that was the part Lau was majoring on to truly appraise De Vries.

“Last season (2018-19) all those drivers were very good and, on average, were scoring around 68% of the points of their teammates,” says Lau.

“So that’s kind of what our goal was for Nick. I was expecting him to do well in qualifying because that’s how he’s always driven, so I had no other expectation other than for him to be Stoffel’s equal in qualifying.

“But in the race, that’s where we had to say, ‘okay, well, we need to finish races, we need to get the mileage in you and we go from there’.”

The results were impressive, as not only did have the second-best average qualifying position of the whole grid with a median eighth-place start over the 11 races, but he also beat Vandoorne six to five in qualifying.

De Vries also made seven super-pole appearances opposed to his team-mate’s three, and while big points were lost through little fault of his own in the first few rounds, his haul of 60 points helped his team to a third-place position in its first Formula E attempt.

Perhaps there a few shrinking violet rookies who got elbowed out by brawn in some Formula E race last year –  or was it just that on-track bullying became rife in the Gen2 era? 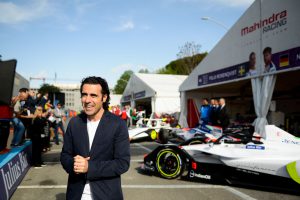 You get the impression that De Vries didn’t care either way. He took to the brutal enforcer mentality with focused enthusiasm.

“I didn’t have a particularly different approach,” De Vries told The Race.

“You always adapt to the competitors around you, and it was clear that racing was quite aggressive here. If you don’t stand your ground you’re going to get bullied and lose positions.”

But with that steel came accusations he went overboard with the muscle at times. It’s a complaint Lau accepts but also rationalises.

“If anything, maybe some of the defensive moves were maybe a little robust, but it’s what you need to have in this championship,” Lau says.

“It’s not like he’s (Rene) Rast coming in from Touring Cars, he’s a pure single-seater driver, so it was nice to see that.”

Facts were that De Vries was actually involved in very few on-track incidents.

There was some contact in Santiago, and despite Antonio Felix da Costa’s vehement protestations after Mexico City, it was clear that a braking issue that contributed to the incident spoiled Robin Frijns’ race.

It was the same issue that meant De Vries had to pull off the save of the season on the opening lap when he drew gasps from the grandstands as he wickedly fish-tailed under braking for turn three and missed leader Mitch Evans by the width of an end-plate.

Lau pauses on a phrase, before re-emphasising it when asked about his charges most positive attributes.

“The energy-efficient driving he’s taken to like a duck to water. That exceeded my expectations, even from the beginning” :: Albert Lau

“Consistency in demeanour,” he says.

“There’s not a lot of ups and downs with Nyck. Every time he comes into the simulator, he’s got a great attitude.

“Every time that you’re testing it’s the same and the actual driving skills like circuit learning, good memory, high mental capacity during a race have made it possible for him to succeed in his first year.”

There were major tests of De Vries’ mental approach in the early phases of the championship, particularly when two team errors cost him.

One was a definite third place in Santiago due to overcooling the battery on the grid, and the other at Marrakesh when a software glitch caused a power overspike.

“Ultimately, everyone is going to make mistakes and maybe it hit me a little bit harder if I start to count the points that I just purely missed from things that were outside my control,” says De Vries.

“You know, I would have a different outcome in the championship, but everyone has things like that and it doesn’t make sense to look back and live in the past, we just have to move on.”

It was that attitude that reinforced Mercedes-Benz EQ’s belief in De Vries and his progress in 2020.

As Lau attests, De Vries’s race performances marked him out as more than just an impressive new rookie.

“It wasn’t necessarily a shock to me, but it was sort of how he managed the races that was surprising,” says Lau.

“The energy-efficient driving he’s taken to like a duck to water. That exceeded my expectations, even from the beginning.

“There’s not a lot of negatives I have to say for his first year.”

8 mins ago MotoGP No Comments