Formula E devoured a much needed tonic on the streets of Monaco today after its travails at Valencia last month.

And now it could race in the Principality on an annual basis rather than every other year as has been the case so far.

The Race can reveal that informal discussions have already begun on that topic. 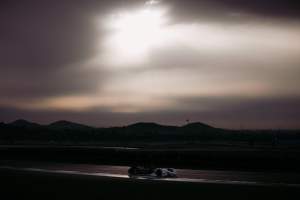 The fourth Monaco E-Prix came at a time when many in the Formula E paddock – from major manufacturers to drivers and team partners – were talking of a need to reassert the thrill-a-minute nature of what has now become an FIA world championship.

This vitality had been seriously compromised with the embarrassing energy deduction debacle at Valencia last month, in which cars were either grinding to a halt or dawdling over the line on effective tick-over modes.

It happened when a discretionary final tranche of energy (5KWh) was taken off all cars following the last safety car by the race director Scot Elkins, who was following regulatory protocol.

This was subsequently changed ahead of this weekend’s Monaco race, with a regulation tweak defining that no energy would be taken off after the 40 minute mark of the 45 minute plus one lap race.

The Race understand that conversations between Formula E officials, the FIA and the Automobile Club de Monaco to explore the possibility of FE racing in Monaco every year were set to begin even before today’s spectacular race.

If agreement is sought it would get the unequivocal backing of the paddock, and especially the drivers.

“If it was possible, I would love that, 100%,” double champion Jean-Eric Vergne told The Race.

“This year has been by far the best race in entertainment and the way we enjoyed the race driving as well, it was fantastic and I had a lot of fun.”

Bird added: “It’s not the case so much on normal conventional circuits: the cars just don’t look as impressive.

“I can’t wait to watch that [Monaco E-Prix] back at home, apparently everyone has said it was amazing so I think it’s just a brilliant advert for Formula E.

“It’s great that we’ve come back with a massive resurgence after it was a bit of a flat Valencia.” 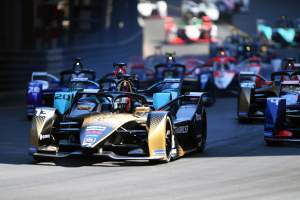 Multiple lead changes, eye-catching overtakes at previously unheard of track locations and a thrilling grandstand finish not only rejuvenated Formula E but provided firm evidence of why racing on genuine street tracks is favoured by the vast majority of the paddock.

“Formula E has got things right this weekend and of course it was much better than Valencia,” added Vergne.

“It shows that we should never go to circuits like Valencia, it’s not in the DNA of Formula E.

“It doesn’t bring anything good. We should stick to street racing because this weekend was simply amazing.”

The chances of the Monaco E-Prix becoming an annual event are believed to be good.

So far it has alternated slots with the Monaco Historic events, with each taking turns to run prior to Formula 1’s annual grand prix.

Because no racing could take place in Monaco at all in 2020 amid the COVID pandemic, this year the Historic, Formula E and F1 are all holding their events in the same season for the first time.

Ultimately an annual Monaco FE race will come only via the granting of an event ahead of the Monaco F1 GP and will have to be sanctioned initially by the ACM.

Such a move is likely to have a degree of positive backing from HSH Prince Albert II of Monaco.

He has attended every Monaco E-Prix and also established a special foundation to address environmental challenges.

The Prince Albert II of Monaco Foundation promotes sustainable development globally and supports initiatives of public and private organisations in the fields of research and studies, technological innovation and socially-aware practices.

56 mins ago MotoGP No Comments