It will mark Vowles’ international racing debut, although he does have testing experience with a Mercedes GT3 and GT4 and has been a competitive motorcycle racer at club level.

Vowles has been a key architect of Mercedes’ eight-successive constructors’ world championships and has been a part of the Brackley outfit since it was BAR in 2001. 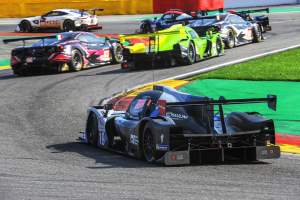 This year’s ALMS, which will be live-streamed on The Race’s YouTube channel, will be comprised of a quartet of four-hour races at the Dubai Autodrome and the Yas Marina Circuit, with back-to-back races at each circuit on consecutive weekends.

The multi-class series features LMP2, LMP3 and GT machinery with 37 cars listed on the 2022 entry list.

The season will kick off with the first four-hour race in Dubai on February 12 and will conclude one week later on February 20 with the season finale in Abu Dhabi.