The KTM weakness Pedrosa’s MotoGP return is trying to solve

Aug 6 2021
By Simon Patterson
No Comments

KTM test rider Dani Pedrosa has explained the logic behind his return to race action at this weekend’s Styrian Grand Prix.

It’s the next part of the process in which he’s already played a vital role in taking the RC16 from the back of the grid to race winner.

Pedrosa has been defiant about all questions of returning to race action since retiring from the Repsol Honda team at the end of the 2018 season and joining KTM, insisting that he was fully focused on his new role in developing the bike rather than trying to show off his talent in a race situation.

But, with this weekend’s wildcard appearance at the team’s home race meaning he’s finally back in action, the Spaniard says that it’s the only way he can continue not only his development of the bike but also top up his reserves of MotoGP knowledge following considerable technical changes since he left the class.

“I’ve done a lot of work in these years without racing because we’ve been working a lot on basic things,” he said when asked by The Race about the purpose of his racing return.

“After that, it’s been proving them – and now we’re working on the details. To get more in line with what the problems are and the race team’s needs, we have to also get a little more the feeling for the complaints they face on a race weekend. 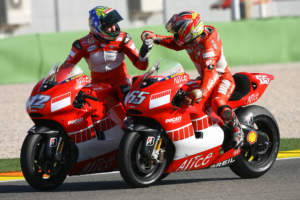 “Mostly these things are coming from battles, due to aerodynamics, rear ride height device, start device – all these new technologies. That’s a bit hard to replicate, so this is the point where maybe we think that it’s interesting to do one and see how those problems are.

“Then we can look at the future with this experience, because since the time I stopped until now it’s all been developed more and more. There’s a gap in my experience that’s maybe quite big now.”

With that focus in mind, Pedrosa has been being careful not to set himself any expectations about what might be possible from the weekend, instead just trying to understand the changing dynamic of the championship and seeing what comes as a result.

“Expectations for this GP… it’s hard to say,” he admitted. “Honestly, we are here as a main target to learn about current MotoGP racing, because I sense it’s changing a bit and so far we made good progress but now riders are facing some situations in race conditions where for us, away from the race, it’s hard to replicate.

“They complain it’s hard to overtake in a race, so you have to qualify well, and we’re trying to understand that, so that when I’m testing alone again, I can more or less try to face those problems and think a bit like how they would think on a race weekend, to get updated on that. And we have small parts on the bike to test, but it’s hard to say what the expectations are.” 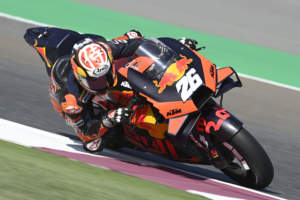 ‘Champion in any other era’: Why Pedrosa’s return is a big deal
Read more

One thing was apparent from Pedrosa’s brief appearance in front of the media ahead of action kicking off was that he’s very much enjoying being a part of the KTM project, and that he’s taking job satisfaction from seeing the fruits of his efforts on track.

“Since the beginning,” he said, “I could see there was a big will to make the bike better and to make up the gap they were facing at the time.

“So we’ve been working together really hard, and I think we made good progress since I started working.

“I’m feeling happy and rewarded after the last two seasons, where the riders have started to feel more in front, and feeling better with the bike.

“It’s been quite interesting to see the commitment they’ve had these years, and it’s good to see they still want more.”

Pedrosa’s weekend started with the 11st fastest time in FP1, but he lost over 10 minutes of running when he had to pull his KTM off the circuit on the exit of the Turn 3 right-hander with a suspected technical issue.

29 mins ago No Comments

Why Ducati’s MotoGP odd man out is so valuable

Thirty-two-year-old MotoGP veteran Johann Zarco is now a conspicuous anomaly in a Ducati line-up packed with young talents. How does he fit into its plan?

Rivals show too much respect to Marquez as MotoGP title threat

Rivals are still tipping Marc Marquez as the 2023 MotoGP championship favourite. Is that a sign of how much they fear his resurgence, or just a lazy answer?